Our strengths lie in versatility, dedication to excellence, desire to stay engaged, and our ability to be agile and pivot when faced with challenges.

REV’s founding ethos is mission and purpose driven, deeply rooted in the desire to serve country above self and to recognize every U.S. Veteran who has served, both past and present. The REV founders, R.J. Naugle, Anne Sprute, and brand creator, Samantha (Sam) Bradley each have a story that has impacted the startup, growth and success of REV. R.J., an Army Veteran, was inspired to serve after the terrorist attacks against the U.S. on September 11th, 2001. Despite a promising future following in his father’s automotive manufacturing career path, R.J. understood he could do more by serving his country. During his military career, R.J. was a paratrooper assigned to 1stSpecial Forces Group at Ft. Lewis, in Washington State; now known as Joint Base Lewis-McChord.

Anne; a trailblazer for women in Army Aviation served over 24 years as a helicopter pilot, achieving the rank of Chief Warrant Officer Four (CW4). Anne was selected and served in several senior leadership roles throughout her career and was rated in three different Army helicopters: the UH-1 Huey, OH-58 Kiowa, and the UH-60 Blackhawk.

Following R.J. and Anne’s military service, they transitioned to the private sector in the Seattle marketplace, where REV is now headquartered. They brought their leadership experience and hard skills to several global industry giants such as Microsoft, KPMG, and Starbucks. Called to continue serving in their post-military careers, Anne and R.J. founded a local non-profit in the Pacific NW serving the military and veteran community. RallyPoint/6, also known as RP/6, was a first of its kind non-profit focused on connecting service members, military family members and Veterans to opportunities for successful transitions into their new community. In a very short period of time, RP/6 was recognized at the Salesforce Global Dreamforce conference in 2016as a best-in-class non-profit organization using innovative technology solutions centered around the individuals they served as well as the investors seeking a direct impact from their investments. To produce measurable outcomes in every aspect of the RP/6 work, the organization leveraged technology that supported their data-driven, human centered design approach. RP/6 was a model for other military and veteran non-profits, in 2017 RP/6 was acquired by the largest and longest standing military serving organization in the world. What began as RP/6 is now known as the “Pathfinder Program”, a global program serving military, military families, and veterans.

Inspired by the experience and impact of RP/6, Anne and RJ founded REV with the same intention of hiring and honoring Veterans, focused this time in the Corporate sector recognizing that a “Veteran Powered” team is not only more diverse but also can continue to serve our country and clients with purpose through technology and professional services.

In the beginning stages of RP/6, the founders’ daughter Samantha (Sam) Bradley, decided in her early high school years that her generation should know more about, recognize, and amplify the dedication and sacrifices of Veterans of pre-9/11 wars. Sam’s idea gave rise to a high school club, which she branded “Club R.E.V.” standing for Remember Every Veteran. Her club created a unique opportunity for our country’s newest generation to learn, and acknowledge the sacrifices made by others, and to make sure the veterans who served before 9/11, back to the “Greatest Generation” are never forgotten.

We believe that leaders follow leaders. Our success together is a result of doing the right thing and focusing on People, Performance and Purpose. Our diversity, exceptional technical excellence, and agility are what powers our team to help you build the future.

We forge relationships that enable us to build strong teams. This is the cornerstone of how we establish enduring partnerships with our clients. The result – a legendary customer experience.

We live our ethos each day. We persevere and thrive on adversity. Grit. Tenacity. Never quit.

We believe growing relationships with our team, partners, and clients results in extraordinary impact. We are real people inspired by what we learn from each other. We are more than just a tech company; we are your trusted advisors.

Thriving in situations of complexity and continual change.

Determination. Working hard regardless of the odds or obstacles.

Every year. Every day. It’s our mission.

Our passion for teaming with partners representing various sectors and industries enables us to go further, faster. The human side of technology is building relationships that deliver on our promise of going beyond what is expected. 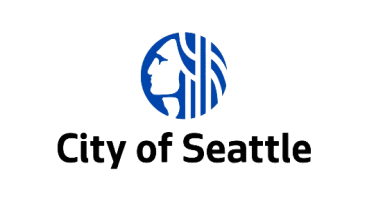 The REV offshore team is located in Hyderabad, the Silicon Valley of India. Drawing from the region’s rich ecosystem of business, technology, and talent, REV-India is equipped to provide transformational services to various global clients.